The Positive Impact of Game Making

Today, I was privileged to attended a workshop organised by Stony Dean School, entitled: 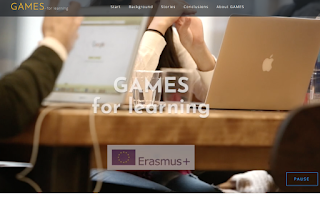 The workshop featured presenters taking part in 'The Games Project'.  The Games Project is an action research, collaborative project between Sweden and the UK, funded by the Erasmus+ programme - more information is available from the website:  http://www.gamesforlearning.se The ethos of the project is centred around 'Maker Culture' (Maker Education Initiative – Every child a maker - http://makered.org), following the assertion that if pupils are makers they are more actively engaged.  In this project, such making is facilitated by computer programming to create and play digital games (artefacts).
The game creation process doesn't just require the development of programming skills, though.  The focus is on learning, not technology, and the pedagogies of relevance include motivation, personalisation, communication, collaboration and utilising working memory. Specific interests of the child are encouraged when considering the context of the game to be made, and at least some of the following learning principles will be enjoyed by pupils taking part:
Suggestions from the workshop to help setup the project include:
There follows a description of the three very different, but equally inspiring, presentations linked to the project.

Based in Sweden, presenters Erik Martinsson, Sara Gustafsson and Paola Ehlme described how they are creating games linked to stories with their pupils.  First of all, created by pupils in the traditional written format.  Scratch is then used to create games based on the stories, with the creative drawing and sound recording features of Scratch 2.0 used to the full. 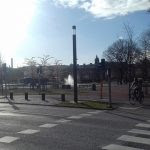 Programming is not part of the Swedish national curriculum, and the teachers from Sweden described how skills have to be taught across the curriculum.  Animations were also made using Scratch, bringing to life key texts. When questioned about reluctant students, the response from the lead teachers described how some students were turned off by the thought of creating Scratch games, possibly based on previous learning experiences; the importance of teachers having good subject knowledge to move learning on was described. A range of the texts and Scratch games can be viewed from the website: https://sites.google.com/a/utb.partille.se/lexby-games/6ab

Kodu Menu[/caption] Stony Dean's ICT Coordinator, Tom Boardman, described how Stony School School has a different  approach to the games project.  Unlike their Swedish counterparts, pupils at Stony Dean school have a dedicated computing lesson each week. Stony Dean School (http://stonydean.bucks.sch.uk) has SEN College status, with a designation for Communication and Interaction.  A range of important interventions are used to augment the curriculum for its pupils, including using schedules (overviews of lessons for pupils) and Communicate in Print.

Classes were organised into the differing needs of pupils.  Visual support for pupils is important, and naturally the visual programming elements of Kodu and its immersive 3D environment lend itself exceptionally well to game design. Pupils were given a choice of game engine to use; Kodu was the favoured choice (92%) compared to Scratch (8%).  Pupils enjoyed making their own game world, with key skills including working as a team, being patient, and communicating through expressive language.

All pupils created a game, developing computer programming skills.   However, Tom described how pupils also developed crucial life skills, including teamwork and taking pride in positive interactions.  Individual pupils described how they felt they had developed programming skills, improved communication skills and developed problem solving strategies.   Tom described excellent engagement from pupils taking part in the project - when recording behaviour, one case study pupil showed a dip from 7 per week to 3 per week of inappropriate interactions.   Another pupil moved from an average of 12 behaviour incidents per week to 2.   He also described how rewarding it was to see communication skills employed to further learning for all, with pupils benefitting  so much from collaborative learning and discussion. Tom has described the process in more detail on his blog: https://mrbgamesproject.wordpress.com/

Huda Taher, a speech and language therapist,  talked passionately about the power of using Lego and other games to give pupils confidence, and to develop skills in turn taking and non-verbal communication. Games including Hedbanz, Yes/No, Wink Murder and Uno are used, with a focus on social interaction, including sharing, turn-taking and waiting turn.  Expressive and receptive language are employed, with opportunities for problem solving and prediction. With Lego-based therapy, pupils are organised into groups of three, with each pupil assuming one of the roles below:
1.        Engineer – has instructions
2.       Supplier – in charge of bricks (perhaps best for most anxious child)
3.       Builder – most popular – builds the model following instructions from the engineer.

Huda described how effective Lego Therapy is for developing team work, verbal communication and description skills, listening skills and visualising (what we see in our heads).  Peer reviewed evidence (LeGoff, 2004) has shown how Lego therapy can improve motivation, social interaction skills and autistic symptons of aloofness and rigidity. Other skills that pupils completing Lego-based therapy have developed include:

Thanks go to Stony Dean School for organising a very interesting workshop.
on April 27, 2017 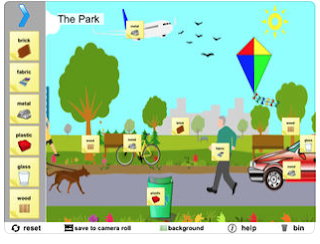